This post took a while because I spent a month in Japan. Staying in Tokyo gave me a lot of inspiration for this project! Dense neon cities like Tokyo are exactly the feel I’m going for with this project. 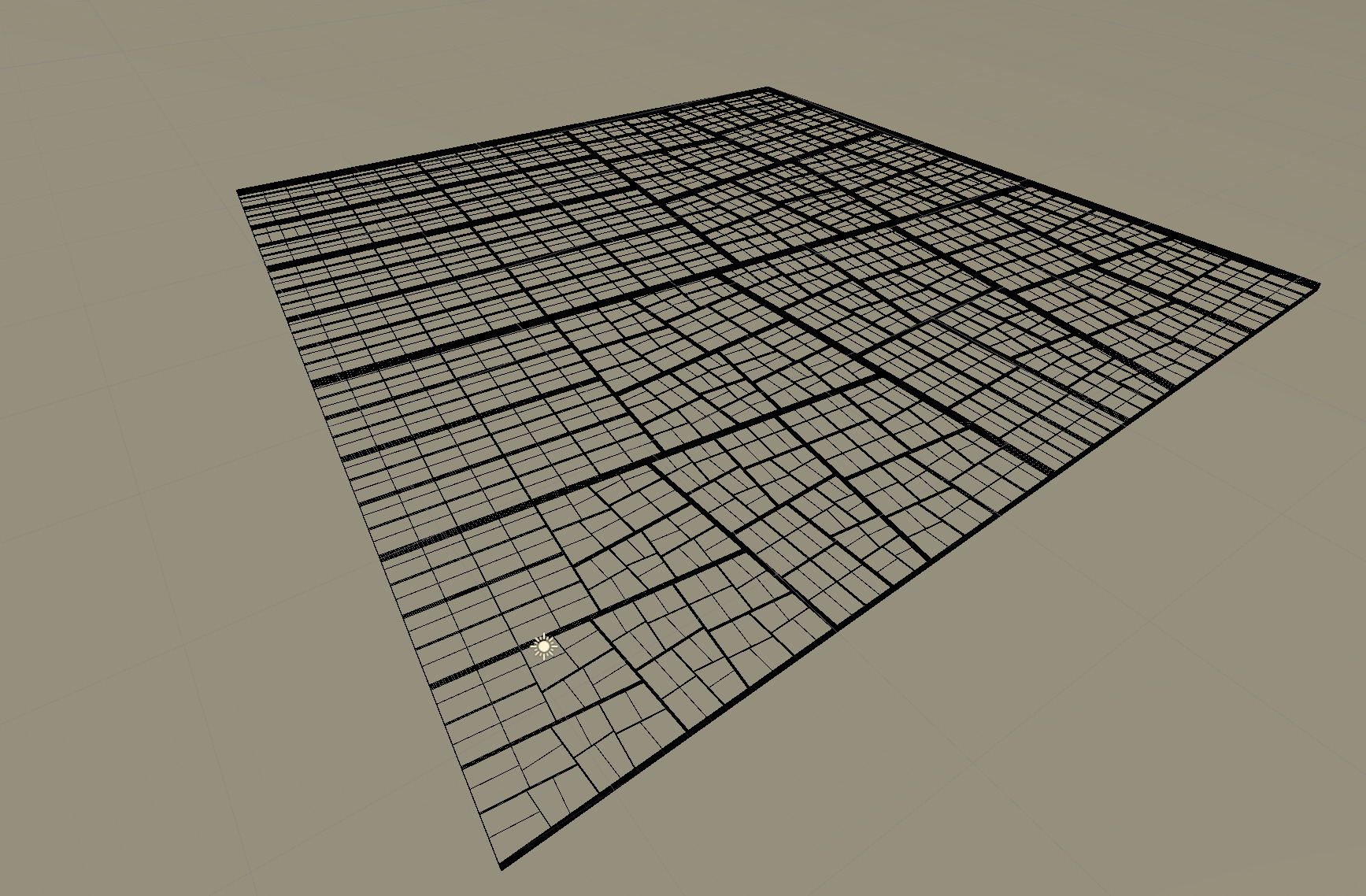 This meant I had to start at the very top level, which is road map and parcel generation. The process is actually pretty straightforward: start with a polygon. Divide the polygon in half (typically along the longest edge). Cut those polygons in half. To introduce variety, I specify how perpendicular to the longest edge the cut happens, and randomize angle variations. The cuts stop when they hit a minimum area, which is divided into building parcels.

I don’t plan to implement any curved roads, and yet this seems to generate pretty organic structures. Especially when using different starting polygons like the one below. 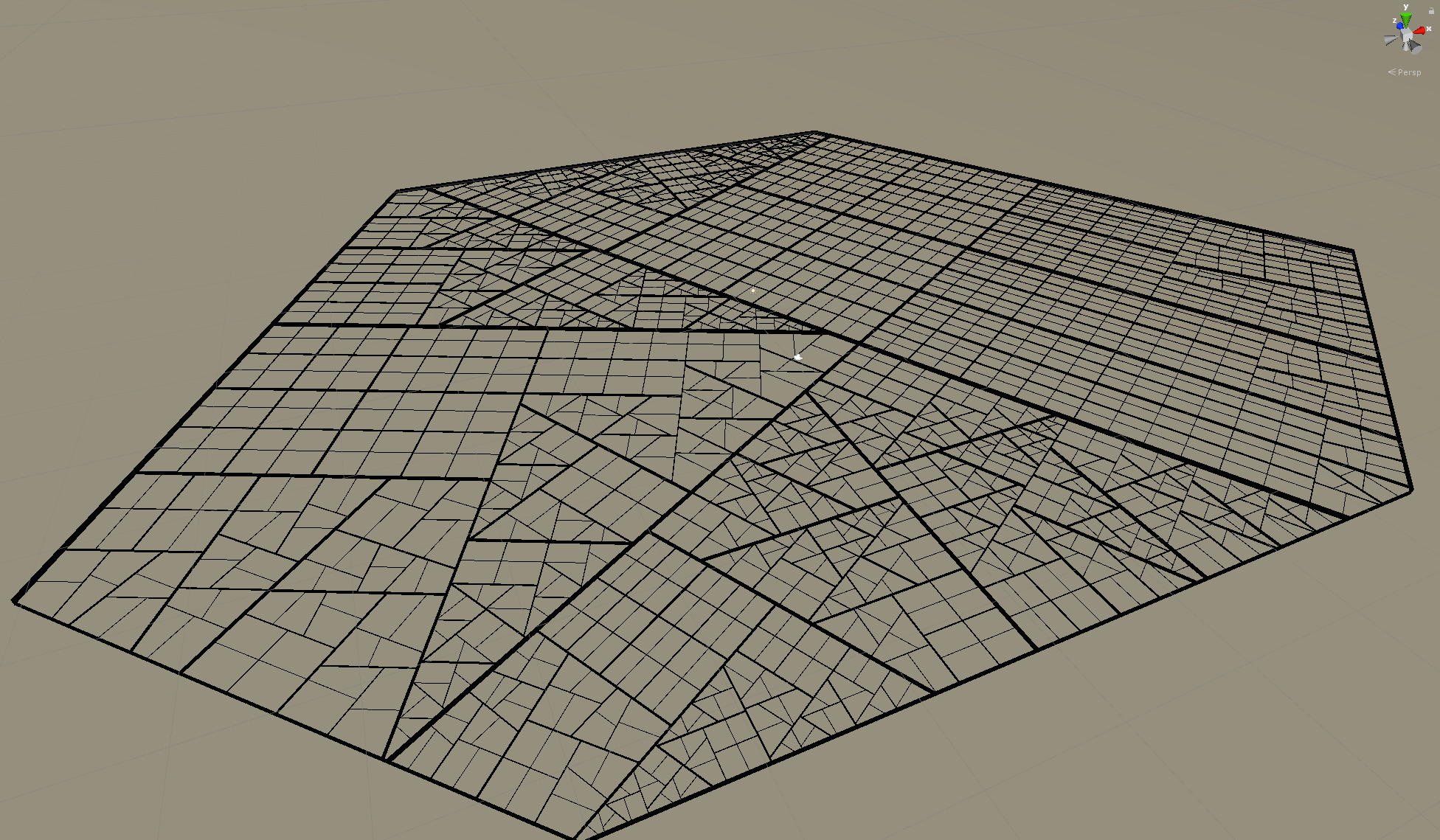 I’m using these new polygon operations to re-write the architect as well. Even just extruding the parcels into straight columns makes compelling structures: 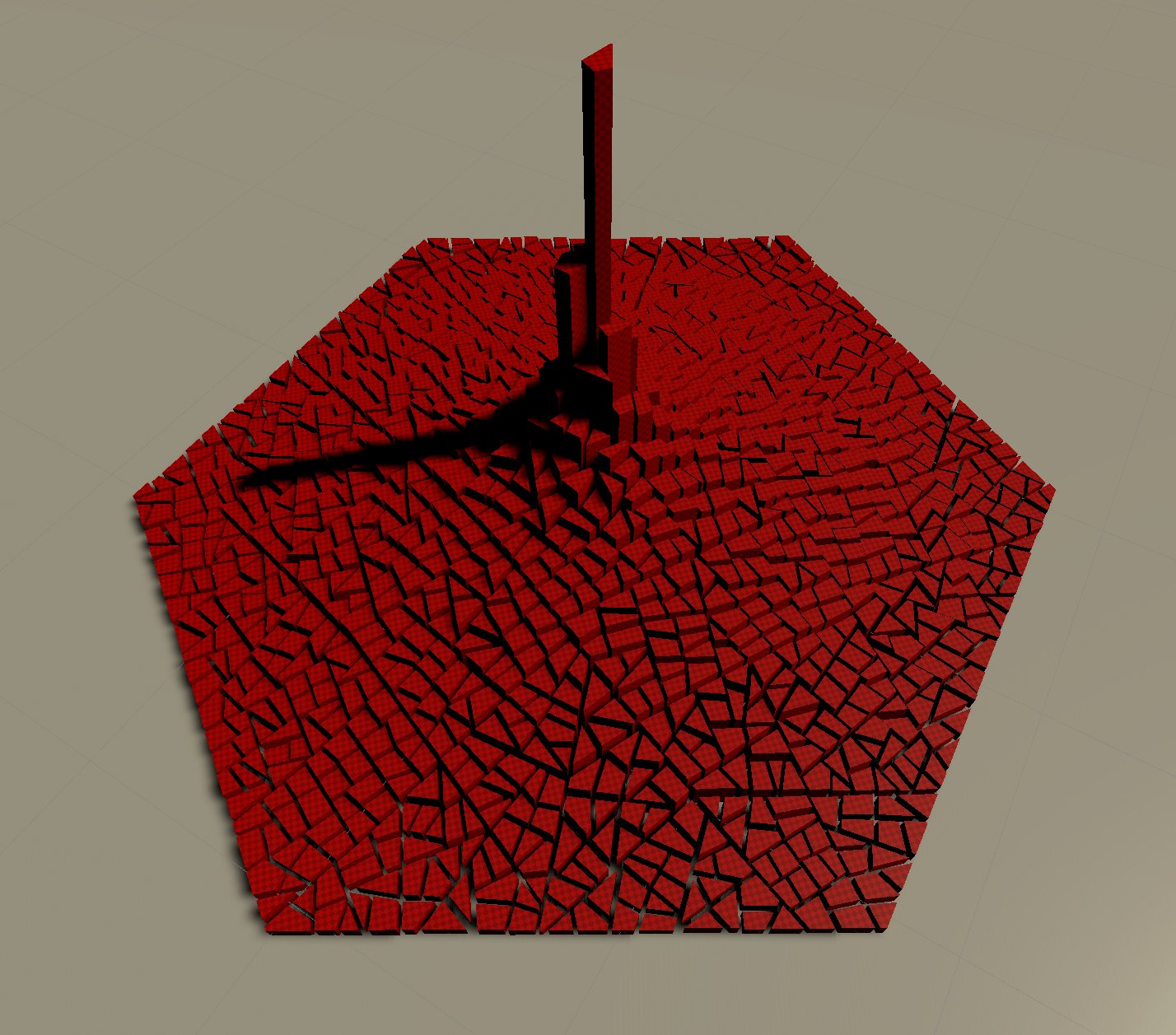 And applying a simple window material to them looks pretty imposing:

I’m looking forward to tweaking this code to see what kind of environments it can create.